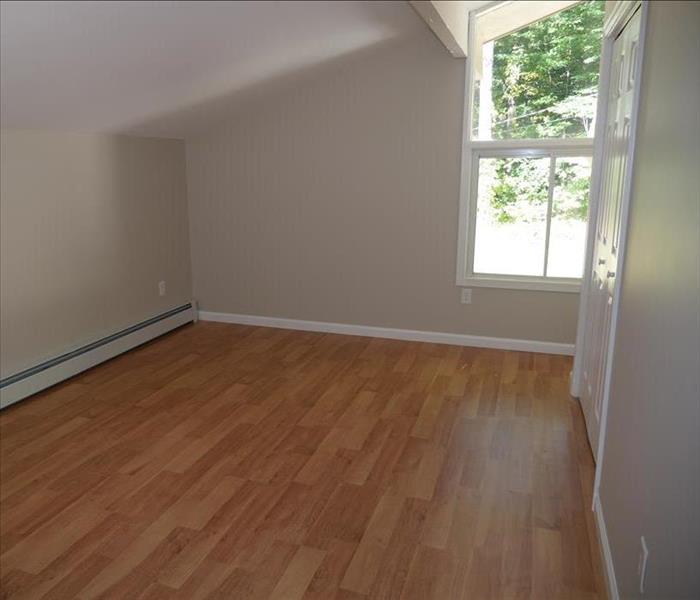 A fire was started in a bedroom after a family pet caused water to be spilled on an active electrical outlet. The fire did not spread any further than the bedroom, luckily the homeowners had some fire safety training and experience. The other rooms had minimal smoke damage which still could not be solved by just opening windows. SERVPRO of Glastonbury/Wethersfield arrived that very day it had happened and went straight to work so that the residents could rest peacefully again as soon as possible.

There are two different types of smoke–wet and dry. As a result, there are different types of soot residue after a fire. Before restoration begins, SERVPRO of Glastonbury/Wethersfield will test the soot to determine which type of smoke damage occurred. The cleaning procedures will then be based on the information identified during pretesting.

View More Before & After Photos